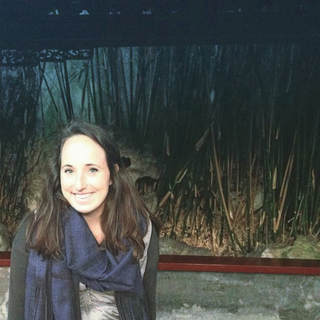 Native Chicagoan, Kacy Rauschenberger, joined Seagull in February 2017 as a Program Coordinator. Kacy earned her Bachelor of Art degree from DePaul University in 2015 with concentrations in French language, political science, and international business.

Kacy first began working with students and teachers at LTC Language Solutions in Indianapolis. At LTC, Kacy was responsible for recruiting foreign language instructors for private language classes. AT LTC, Kacy had the opportunity to teach ESL to primary school students and decided to further pursue teaching opportunities.

Kacy followed her interest in teaching ESL to rural Malaysia where she spent the full 2016 calendar year teaching high school ESL. In Malaysia, Kacy was responsible for providing oral-speaking activities for all students at SMK Jengka 18, planning and facilitating English camps, and coediting an anthology of student work that received national attention from the Malaysian Ministry of Education.

Kacy returned home in early 2017 to be closer to family and is beyond excited to use her French again and to be part of the Seagull team!
Retour à notre équipe